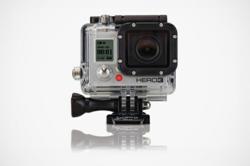 More and more of America’s teenagers are inspired by videos filmed on GoPro’s of action sports; GoPro is putting back the excitement back in exercise. Teens explain the wave of “GoPro Videos” are captivating their interests, often causing them to take up a new sport. With almost 1 out of 5 American children being overweight, getting kids to exercise daily is vital for their well-being. With GoPros, sports like skiing, snowboarding, surfing, dirt biking, and skateboarding are becoming more appealing to teens.

James, a 16 year old High School student from Colorado admits, “Whenever I see a GoPro video, it always makes me want to try it. I convinced my parents to take me up to the mountains for the first time this season.” He thinks the positive atmosphere created around action sports through engaging videos was a big influence in his decision to try skiing for the first time. With the increase of GoPro popularity, Conner Productions LLC CEO Conner Lambden noticed, “It’s rare to go skiing and not see someone wearing a GoPro- they’re everywhere” More importantly, GoPro’s have had a significant effect on the non-skier community. The GoPro video advertising the new HERO3 has already accumulated almost 14 million views in less than two months. All of the buzz around GoPro’s, on and off the mountain, creates a cultural promoting exercise and activity; the commendation of action sports facilitated by GoPro promotes a healthy active lifestyle and teaches teens the foundations to a healthy and active lifestyle.

Conner Productions LLC was founded in 2012 in order to provide “Hollywood Caliber Effects” to non-professional video editors. The site offers affordable video effects to allow amateur video editors to make professional videos. Our Final Cut Pro Templates make it possible for people to professionally edit videos like those filmed on GoPros in order to help inspire others and achieve their goals with video. Based on the “pro- sports” culture, Conner Productions has decided to give away a Free GoPro HERO3 Black Edition. The sweepstake ends February 28, 2013, with a maximum of one entry per person per day.